Tracy’s campaign team collected over 3300 raw nomination signatures from residents of over 50 different towns and cities throughout Congressional District-2. On Friday, May 18th, Tracy and her campaign received receipt from the Massachusetts Secretary of State’s Elections office, formally placing her on ballot for the upcoming elections.

Tracy states that “unlike Jim McGovern”, she is a “strong proponent of Constitutional rights, secure borders, decreased governmental regulations, lower taxation, and the promotion of economic growth and development” She went on to state “that as our U.S Representative she would always place the needs of Massachusetts and our legal residents, first”.

Tracy formally launched her campaign back on May the 10th. “May 10th was National Children’s Mental Health Awareness Day, and it coincides perfectly with my campaign launch” Tracy Lovvorn said. “My number one priority is to bring attention to and focus on the health and safety of our youth”.

According to recent statistics, our children are suffering from increasing levels of anxiety and depression, obesity, diabetes, and heart disease. The opioid epidemic and the rising national suicide rate are alarming. As a mother and as a healthcare professional Tracy brings to the table heartfelt concern and the ability to work toward defining and addressing root causes which can ultimately result in the development of solutions.

“Our kids are in trouble” she went on to say, “They are shooting each other with guns, they are shooting themselves up with heroin. They are taking higher numbers of anti-anxiety and anti-depression medications, and the national suicide rate recently surpassed accidents as the number one cause of death for middle schoolers. It''s time for change. It''s time we focus on our future. It''s time our ''Representatives'' in government lead by example, stop pointing fingers, act like adults, and help support the Health and Safety of our kids. Illegal Immigration cost the State of MA almost 2 Billion dollars a year. If Congress were better able to secure our borders and enforce our current laws, our State would have more resources to help protect and support our children.”

Tracy has a history of championing causes. As a physical therapist with over 20 years’ experience in clinical and operational management, Tracy was able to take her knowledge of Medicare regulations and compliance to successfully fight waste, fraud, and abuse. Tracy risked her career to help the federal government investigate allegations against a former employer. Tracy’s actions have ultimately led to 100’s of millions of tax payer dollars being returned to the Medicare Trust Fund.

“I have spent the majority of my career working with many wonderful frail and elderly people. To see companies exploiting this population, placing profits over people, was unacceptable. It took over 5 yrs. of consistent battling, but I did what was right. I am extremely proud of the results. This case proves that I am not afraid to work toward resolution, and stand up for what’s right, regardless of odds”.

Tracy currently is the CEO/Founder of Evolution Physical Therapy, a private practice outpatient physical therapy clinic in Grafton, MA. Being a small business owner in the medical field, places Tracy in a very strategic position of understanding both the challenges of business ownership as well as many of the higher-level complications of navigating the business end of healthcare.

Tracy is married to her husband David of 24 yrs. David currently works as a business systems analyst -for Wyman Gordon in Grafton. They have two sons, both graduates of Grafton High School. Zachary, who is attending UMASS Amherst and Alexander who is currently enrolled at Johnson and Wales University in Providence. 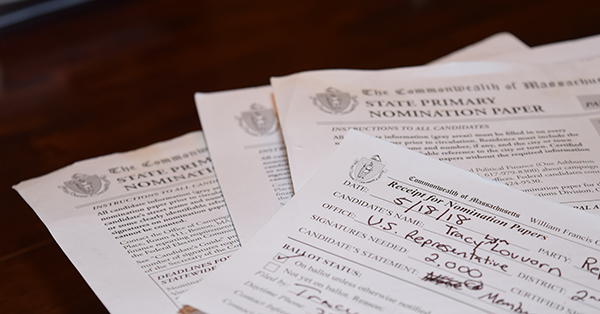